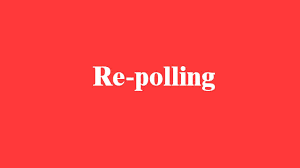 Mrs. Neeru Katyal Gupta told that entire voting process has been conducted peacefully and she thanked the voters and other for their cooperation. She said that administration has made all preparations for the counting on February 27 at all nine centers.